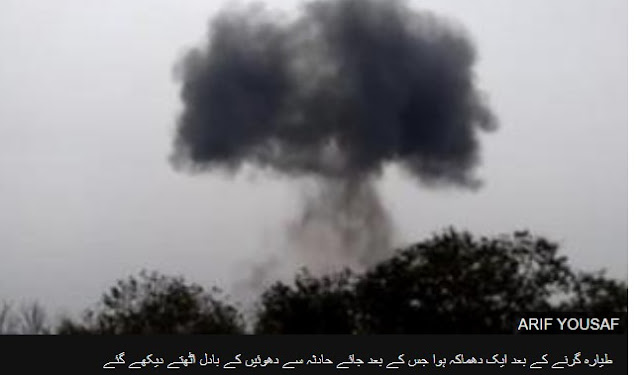 An F-16 aircraft of the Pakistani Air Force has crashed in Pakistan’s capital Islamabad, killing the pilot of the plane.

The incident took place on Wednesday morning at Shakariya, where preparations for the annual parade of Pakistan were going on.

The F16 aircraft, which was the victim of the crash, was also part of the rehearsal of the March 23 parade, and wing commander Noman Akram has been killed, the statement said. 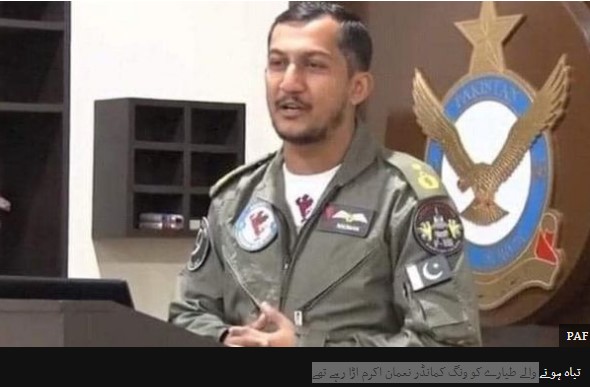 Reporter Shahzad Malik said that after the blast, clouds of smoke were seen rising from the scene, but soon after the incident, army personnel surrounded the area and access to the common man was blocked.
According to the police and the district administration, they were told by the military authorities that they would be notified if they were needed.
The F16 aircraft was also part of the March 23 parade rehearsal and wing commander Noman Akram has been killed in the crash, a statement issued by the Pakistan Air Force spokesman said.

In these videos, it can be seen that the plane first flies up in the atmosphere while showing the staircase and then disappears into the tree trunk as it descends very close to the ground.
From this point, flames of smoke and clouds of smoke could be seen rising.

This is a picture of Saud Bhai who crashed & embraced Shahdat back in 2009 & in the same picture we see Wg Cdr Nauman Akram who’s F16 crashed today during 23rd March Rehearsal. May Allah bless both the Shaheeds. 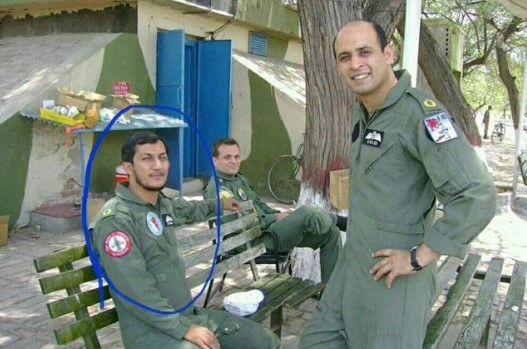 Both Sargodhains were senior to me.
Pak Air Force F-16 pilot Wg Cdr Nauman Akram of 9 squadrons killed in Sargodha tragically in a crash today during rehearsals for March 23 display. Condolences to the family of the pilot. Was known to be an excellent aviator.

#BREAKING: Pakistan Air Force reports with regret that a PAF F-16 aircraft crashed near Shakarparian, Islamabad during the rehearsals of the 23rd March. Rescue teams have been dispatched toward the site of the crash. A board of inquiry has been ordered by Air Headquarters. 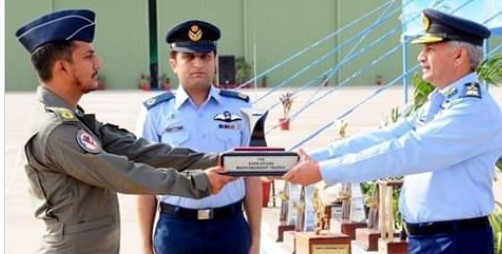 Shaheed Nauman Akram won Sher Afghan Trophy for best Marksman, Inter Squadron Armament Competition 2019.
Wing Commander Nauman Akram, OC-9 Squadron (Sher Afgan Trophy 2019 winner) embraced Shahadat in an F-16 crash. Aircraft was practicing for the 23rd March parade when it crashed in Islamabad. A board of inquiry has been ordered by Air Headquarters to determine the cause of the accident.

Pilot Noman embraced Shahadat in F16 Crash during rehearsal. Our Prayer’s and Sympathies for Noman who lost his life in the F-16 crash during the 23rd March Rehearsal in Islamabad near Zero Point. May Allah give patience to his family and grant him higher ranks in Jannah Ameen.

He was considered the best pilot in the PAF and had recently flown Gen. Bajwa in an F-16.
Son Of Pakistan, Wing Commander Norman Akram The Winner of SherAfghan Trophy 2019 Embraced Martyrdom In F16 Crash Near Shakarparian Parade Ground.

Rest in Peace Sir, You were one of the Finest F-16Pilot PAF Had, Your services will never be forgotten.
Pakistan Air Force Wing Commander Norman Akram OC 9 squadron from 106 GDP has been killed in the F16 crash today in Islamabad, Pakistan. The F16 was part of the 23rd March rehearsals. Rest in Peace! Condolences to the family.