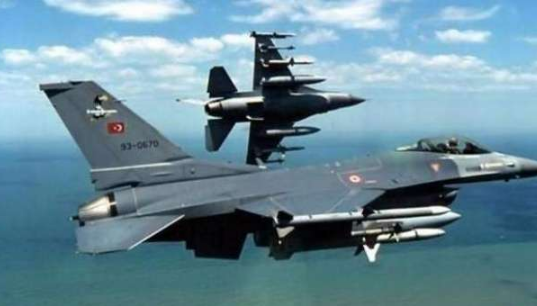 Greece has strongly condemned an attempt by Turkish warplanes to intercept a helicopter carrying the Greek defense minister and army chief. And senior officers, including the army chief, were riding over an island in the Aegean Sea when Turkish warplanes tried to surround it.
The Greek Defense Ministry said that before the incident, there was a collision between Turkish and Greek warplanes. The clash between the two countries’ planes took place while the Turkish army was conducting exercises at sea.
It should be noted that both Turkey and Greece are members of the NATO military alliance, but there are also deep differences between the two.
Greek Defense Minister Nikos Banayotubulus and Army Chief General Constantinos Flores flew over the island of Enosis in a helicopter to inspect military bases near the Turkish border.
Two Turkish warplanes tried to surround the helicopter carrying the defense minister and army chief from a distance of 3,500 feet. Since then, fighter jets have landed on the island at an altitude of only 1,700 feet.
The Greek Foreign Ministry in a statement strongly condemned Turkey for trying to stop the defense minister’s helicopter. The statement said that stopping the helicopter of the defense minister and army chief was open provocation.